Your baby doesn't deserve to be born addicted.  You do not have to be treated at an unfriendly cold methadone clinic.  Addicted? pregnant? Let us help.

The numbers of pregnant women and teenagers who are addicted to prescription drugs has risen dramatically over the years.  Babies born to these ladies have problems after birth.  A condition known as neonatal abstinence syndrome results.  These babies have withdrawal symptoms in the first few weeks of life when exposed to illicit or prescribed narcotics during pregnancy.   These infants have symptoms like irritability, high-pitched crying, tremors, seizures, poor feeding, diarrhea and vomiting.  The medications the mothers of the babies used are drugs such as OxyContin, Hydrocodone, Percocet, and other pain medications.  According to a study released by the Journal of American Medical Association (JAMA), more than 13,000 babies a year are born in America who are addicted to prescription painkillers.  This is probably a serious underestimate since many cases go unreported and it may not be clear why these babies are suffering or they may be misdiagnosed to have other causes of irritability etc.  Some of the more serious health consequences experienced by drug-affected babies are caused by alternating high and low levels of narcotics in the bodies of expectant mothers who use drugs without physician supervision. The fluctuating drug levels can cause constriction of blood flow to the baby and result in spontaneous abortion (miscarriage), pre-term birth, or small for gestational-age babies he said.  Help is available when addiction to pain killers or heroin is recognized or reported.  The biggest problems are the untreated, unrecognized addicts.

Methadone has been traditionally used to manage these mothers and reduce risks of the complications of using illicit drugs like heroin.  It must be understood though that prescribed drugs like oxycodone or hydrocodone carry the same risks as heroin  AT WISE Medical Center we use buprenorphine, brand name Subutex, or compounded products to manage pregnant patients.  We have confirmed that it is easier to taper patients off of buprenorphine than methadone.  When the goal is to get of highly addictive drugs completely, we believe buprenorphine is a better choice.

While experience during pregnancy is more substantial in other countries, Buprenorphine is now approved for use in the treatment of opioid dependence in the United States.   Buprenorphine has been safely used in pregnancy many times in our practice.  Buprenorphine is a partial agonist at the opioid receptor, as opposed to a full agonist such as methadone or heroin. This means that buprenorphine has a unique pharmacologic profile leading to a lower likelihood of overdose or respiratory depression. Like methadone, buprenorphine suppresses craving and withdrawal symptoms and blocks the effects of self-administered opioids. Because it is a partial agonist, buprenorphine maintains the patient in a milder degree of physical dependence and is associated with much milder withdrawal syndrome when it is tapered or discontinued.

The biggest advantage of treatment with buprenorphine is that you do not have to be treated at an unfriendly cold methadone clinic.  Most women and girls prefer to be treated discreetly in a private office setting rather than a methadone clinic.  We know that when addicted patients who are pregnant take time to consider all their options that they will “Make the WISE choice.” 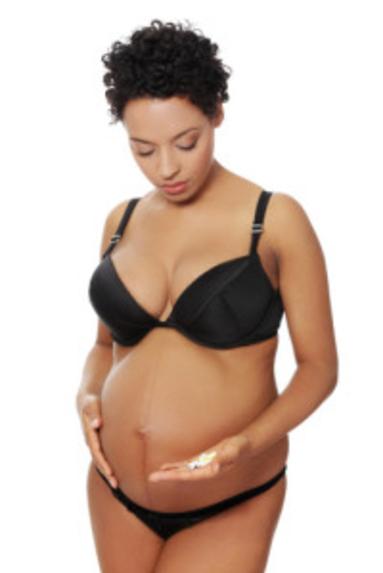